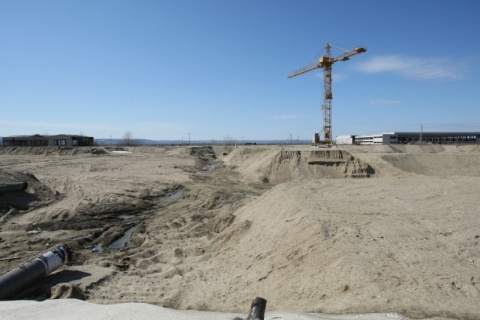 The abandoned construction site of what was to be a 2000 MW NPP near the Danube town of Belene. Photo by BGNES

A largely unknown US enterprise called "Global Power Consortium" has expressed interest in actually building Bulgaria's Belene NPP, the project for a second Bulgarian nuclear plant that was abandoned by the Borisov Cabinet in March 2012.

Global Power Consortium's interest in the construction of the 2000 MW Belene was made public in Sofia on Wednesday by a representative of the entity, Samuel Reddy, who said he had presented an offer to Bulgarian Minister of Economy, Energy, and Tourism Delyan Dobrev.

"We are interested in the Belene NPP project. We are presently in contact with NEK (Bulgaria's National Electric Company – editor's note). We are in touch with several companies that are yet to join in the consortium. We are now developing a memorandum for consortium membership," Reddy stated in Sofia, as cited by BGNES.

He added that Bulgaria's NEK should first create a project company to assume the assets and liabilities of the Belene project.

"We aren't seeking the financial guarantees of the Bulgarian government for this project. It will be 100% guaranteed with the funding of the US companies involved," the GPC representative promised.

He added the consortium will seek to acquire the Belene NPP assets at market prices.