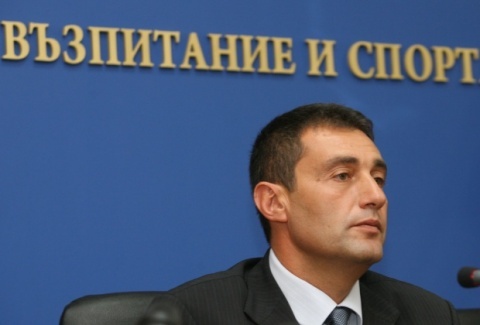 Bulgarian Sports Minister Svilen Neykov has opposed claims that the performance of the Bulgarian athletes at the London Olympics amounted to a failure. Photo by Sofia Photo Agency

The Bulgarian Ministry of Sports and Youth is mulling serious changes in the way sports are financed in the country, after a London Olympics 2012 performance, largely deemed a failure.

The information is reported Wednesday by the Bulgarian Dnevnik online news agency, citing own, undisclosed sources.

The draft provides for decreasing the funding for the federations for Olympic training by BGN 6-7 M in 2013 and redirecting the money to mass children and youth sports activities. Only 6-7 Olympic sports will remain priority for financing.

The sports will be divided in 3 groups with 3 different ways of financing. The first group includes several sports that are most likely to bring medals from the next Olympics in Brazil in 2016. They will be assessed on the basis of achieved results and the potential of having top-notch athletes in the future. Another criterion would be if the sport is traditionally successful for Bulgaria.

The second branch of funds will be directed to sports to which Bulgarians are genetically prone and will be used for the training of young competitors long-term, without medals' expectations in 2016.

The third portion will go to mass sports such as swimming, where Bulgaria can hardly expect medals, but which are important for human health.

The federations, designated as priority ones, will be asked to propose the exact sports clubs to receive the most funding, not all of them, just those which produce high-quality athletes.

All specialized sports schools, Stare and municipal, will be examined under the new plan, with having priority admissions for children strong in disciplines in which the respective region traditionally excels.

The Ministry of Sports is yet to receive the accounts of the federations about their London 2012 performance. Only 2 such reports have been received, but they have been returned because they were deemed too superficial, Dnevnik cites the Ministry's spokesperson.

The Boxing Federation recently gave itself excellent marks because all from the team reached quarter finals while Tervel Pulev won bronze.