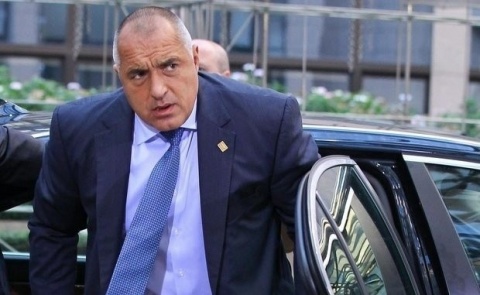 Boyko Borisov, a former Chief Secretary of the Interior Ministry, former Mayor of Sofia, and an avid amateur football player, has noticeably gained weight after taking office as Bulgarian PM. Photo by BGNES

Bulgarian Prime Minister, Boyko Borisov, has admitted that he has gone on a diet to lose weight.

Borisov made the admission Wednesday during the official opening ceremony of a day care center in the village of Dolni Bogrov, near the capital Sofia.

When presented with the traditional for such ceremonies bread roll with honey, he had declined saying: "I am on a diet," the Bulgarian Standard daily writes.

Borisov, a former Chief Secretary of the Interior Ministry, former Mayor of Sofia, and an avid amateur football player, has noticeably gained weight after taking office as PM.

The day care center is the first ever in the village. It has been built in 12 months for the cost of BGN 2.2 M.

Mayor of Sofia, Yordanka Fandakova, who was also present at the ceremony, noted that this is the first "green" day care in the capital. The roof has sun energy collectors and there is an installation with thermal pumps. This equipment is expected to reduce the heating costs in the winter to just BGN 1 000 a month, which is 6 times lower than the average.

"When my political opponents argue with me, I want them to take me and show me what they have built for the people. Before I became Mayor of Sofia, over 40 day care centers were closed after restitutions and sold, and today we have 50 new day care centers in the city. In the spring, the highway will be moved further away from your village to reduce the noise and the traffic that bother you now. We are working as fast as possible," Borisov bragged in his already customary attack of the opposition.