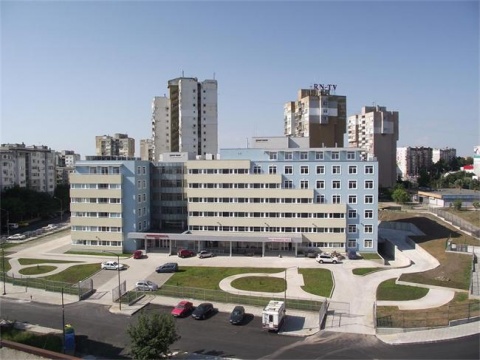 A picture of 24 Hours daily shows the new healthcare center and hospital in the Meden Rudnik district of Bulgaria's Black Sea city of Burgas.

Bulgarian Prime Minister, Boyko Borisov, is travelling Sunday to the Black Sea city of Burgas to officially open a new medical center and private hospital in the Meden Rudnik (Copper Mine) district.

The two health care facilities in Burgas are built through public-private partnership with the City Hall giving the land plot to private investors.

Later in the day, Borisov will visit the village of Poroy, near the beach town of Pomorie, to take part in the blessing and opening of the Saint Dimitar church which was finished with the help of the Cabinet, granting BGN 30 000.

The PM will further inspect in the afternoon the first segment Sarafovo – Pomorie of the expansion of the road connecting Bulgaria's largest summer resort Sunny Beach and Burgas.

The project is valued at BGN 6.35 M and is financed by the State budget.

In addition to Pavlova, the Ministers of Health and Transport, Desislava Atanasova and Ivaylo Moskovski, will also travel to Burgas.

The historical Black Sea town of Sozopol and the archaeological excavations there were also included in Borisov's preliminary agenda, but the visit was cancelled for unknown reasons at the last moment.