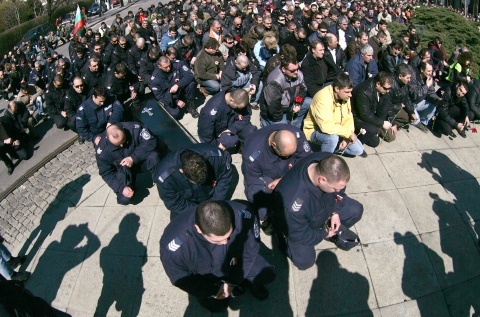 The news was announced by the Interior Ministry Labor Union.

The protest is further supported by the Prison Wardens Labor Union, who will join the Sunday rally. The Professional Union of State Servants has also issued a statement of support, calling all of their members to be united in the effort to improve work conditions.

There is international support as well. The European Police Union, and the labor unions of the police in the Netherlands, Spain, Austria, Germany, among others, have all sent letters to Interior Minister, Tsvetan Tsvetanov, backing their Bulgarian colleagues.