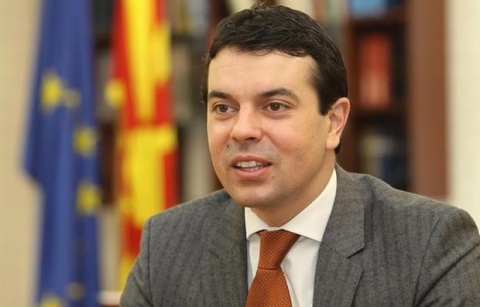 Macedonian Foreign Minister Nikola Poposki has claimed that the Bulgarian Ambassador to the country was not attacked in Skopje earlier this year.

"The information that the Bulgarian Ambassador was beaten is Skopje is a provocation, such there was no such accident," Poposki has told Utrinski vesnik, as cited by the Bulgarian Focus news agency.

On May 4, Macedonian nationalist "hooligans" staged an organized attack against a delegation led by Petkov, which was trying to lay flowers at the grave of Bulgarian revolutionary hero Gotse Delchev (1872-1903), thus marking the date of his death.

Poposki has also told Utrinski vesnik that he does see reasons for a negative political climate between Macedonia and Bulgaria.

He said that "certain figures that have no big political importance in Bulgaria" have been creating problems between the two countries.