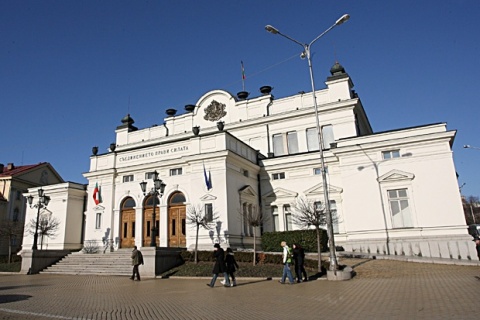 The Bulgarian Parliament is replacing its vehicles on grounds the current BMWs and Mercedes's it uses are obsolete. File photo

Porsche BG is the only company allowed by the public tender committee to enter the last stage of the Bulgarian Parliament's order for new automobiles.

According to the committee, only this company fulfills all technical criteria in the tender to purchase 75 cars and 5 light trucks. Porsche BG proposes a price of BGN 40 570 without Value Added Tax, VAT, for one Volkswagen Passat, and BGN 32 585 for one truck. The forecasted total price in the tender, announced in June, is BGN 4.3 M.

There is no bidder for the tender for 5 minivans.

The Bulgarian online news site Dnevnik reported earlier in the week that from 20 companies that have purchased tender documentation, only 3 have submitted bids – the winner, and Euratech, importer of Skoda, and Balkan Star Motors – importer of Mercedes. However, the vehicles of no other firm, but just Porsche BG, have key technical specifications, corresponding entirely to the parameters of the public tender.

The need of replacement of the vehicles is grounded on the fact the current BMWs and Mercedes's, used by the Members of the Parliament, are obsolete.

In an inquiry from Dnevnik, the Chief Parliamentary Secretary, Ivan Slavchov, has replied that the Parliament had set fair completion requirements with a "number of car models" corresponding to the technical parameters. He has added that there were no claims about the legality of the procedure.

The winning bidder will be officially announced within 5 days.

The news comes amidst expectations that the Chinese car maker Great Wall, which manufactures automobiles in Bulgaria's northern city of Lovech, will also have a shot at the public tender.