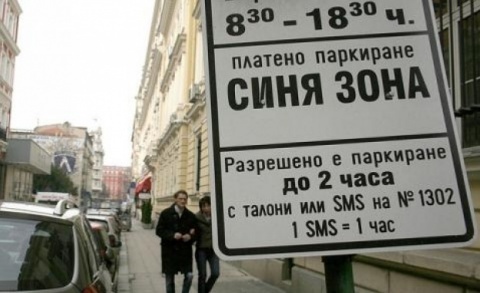 The Sofia municipal council approved the hike of the now-in-effect parking fees at the beginning of March. File photo

Parking in downtown Sofia, in the so-called Blue zone, on Saturday, September 22, which is Independence Day, will be free of charge.

The information was posted by the Center for City Mobility at the Sofia City Hall.

With the enforcement of the new parking rules and fees for the central areas of the Bulgarian capital, in addition to workdays, the Blue zone became effective for Saturdays as well, from 8 am to 2 pm.

Public transportation will run on the regular weekend schedule.

Meanwhile, the protests rallies of people living in downtown Sofia continue, because in the so-called blue and green zones, they are now obliged to pay an annual fee of BGN 150 and BGN 100 respectively. Families living there will have to dig deeper in their pockets and pay fees three times higher if they have a second car. But even if the fee is paid, a parking space is far from certain.

The Sofia municipal council approved the hike in parking fees at the beginning of March.

The fee for an hour's stay in the blue parking zones in downtown Sofia increased from BGN 1 to BGN 2, under the adopted program for development of the public transport.

The fee for parking in the green zone in Sofia was set at BGN 1 per hour.

Drivers are allowed to park their vehicles in the blue and green zones for no more than two and four hours respectively.

The demonstrators are slamming these changes as nothing short of racketeering and arm-twisting.