Kroes: Bulgarian Media Not Sure What Media Freedom Is 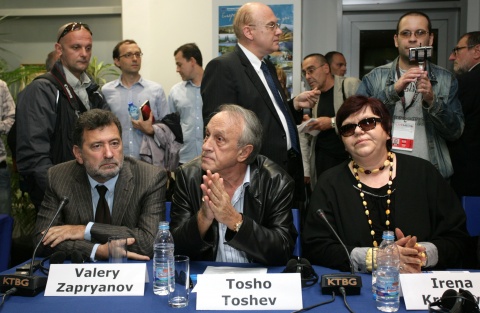 There is no united position among Bulgarian media on the essence of media freedom, stated European Commissioner Neelie Kroes, who is on a visit to Sofia Thursday.

After holding an event on digital media, the EU Digital Agenda Commissioner had a discussion with representatives of Bulgarian media centered around the issue of media freedom.

"I heard that you value media freedom just as much as I do, but not all of you share one opinion about what precisely that means," said Kroes at the end of the event.

"The issues of media transparency, ownership and funding are indeed important ones," reacted the Dutch EU Commissioner to problems haunting Bulgarian media.

"People must know who is the owner of the newspaper they read or the TV channel they watch," stated Kroes.

She recapitulated by saying that she will go into fruther detail to get more fully acquainted with the situation in Bulgaria.

"The story does not end here. Let us organize a broader round table in the future. I have asked my colleagues to pen a report on media freedom, which must be out by end of November," added she.

According to the reporter sent by the BGNES information agency, representatives of smaller media had almost no opportunity to speak at the round table, with almost the entire time being occupied by envoys of mainstream outlets.

A number of smaller media however managed to voice a call for the issue of media freedom to be included in the EU Co-operation and Verification Mechanism for Corruption and Organized Crime, under which Bulgaria has been placed since accession in 2007.