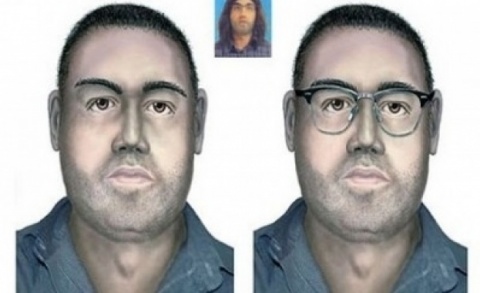 Bulgarian border police have allegedly arrested the accomplice of the perpetrator of the terror act in the Bulgarian Black Sea city of Burgas.

The breaking news was reported by the Burgas-based site Bessove.bg, citing their own insider sources from the border police.

The source has informed about a lengthy manhunt in the woods of the Strandzha mountain near the Turkish border. The suspect had been finally apprehended near the village of Zvezdets, after hiding for a long time, only because he had set a fire to get warm.

The check of his ID documents showed that the detainee has crossed the Bulgarian-Turkish border many times. He is said to be fluent in Bulgarian.

The man, who had a striking resemblance with the police-released computer image of the alleged accomplice, had been immediately taken to Burgas, and transferred to the intelligence services and the Main Directorate for Combatting Organized Crime, GDBOP. During one of the interrogations he had admitted that he was a member of a new Al-Qaeda branch.

Several Bulgarian media reported Thursday afternoon that an official statement of Interior Minister, Tsvetan Tsvetanov, is expected by the end of the day.

The Interior Ministry, approached by the Bulgarian site News.bg, have declined any comment for "the time being."

According to observers and terror experts, this lead is looking less and less reliable and the most sustainable hypothesis is that the perpetrator has been used as a mule.

Israeli media largely back the above, writing that the young man with light complexion and blue eyes had been blown remotely, while standing between two coaches with Israeli tourists. He had been unaware that he was going to die and had the task to put the explosive on one of the buses. The bomb was placed in his backpack.

Remains of the man recovered from the scene of the fatal attack were used to create an image showing his possible appearance as part of an appeal for public assistance in identifying him.