Bulgaria to Drill for Oil, Gas in Black Sea near Turkey 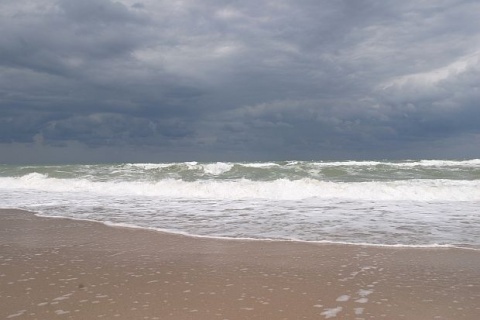 In August, the Bulgarian government approved the issuance of a permit for oil and gas prospecting and exploration at the Khan Asparuh 1-21 Block to Total E&P Bulgaria B.V. Photo by Sofia Photo Agency

Bulgaria will announce within a month a public tender for deep-water exploration of oil and natural gas in Black Sea waters, near neighboring Turkey.

The information was reported by the Bulgarian "Trud" (Labor) daily, citing their own sources, speaking off-the-record.

The public procurement procedure is to be approved first by the Council of Ministers and it will be then published in the Official EU Gazette for public discussion.

The Block Teres is the last in the region to be offered to investors for exploration. It lays on 3 500 square meters while possible deposits would be at a depth of nearly 5-6 000 meters. Previous studies have revealed significant deposits of mainly oil and smaller quantities of natural gas, Trud writes, quoting an unnamed source from the Ministry of Economy and Energy.

The exploitation of the deposits, if any are found, is to begin no earlier than five years from now.

Over one year ago, the Ministry of Economy and Energy selected the Bulgarian company Lederbel BG to explore the Block Silistar, which borders Teres, but the contract remains unsealed because the other bidder – Overgaz is appealing the selection before the Court.

In October 2011, the Bulgarian cabinet made the decision to launch a public tender for the procedure of issuing a permit for a concession for oil and gas exploration in the Black Sea.

On July 25, the consortium received permission to drill for oil and gas at Block 1-21 Khan Asparuh in Bulgaria's Black Sea continental shelf and exclusive economic zone.

The company will conduct exploration works on an area of 14 000 sq m for five years.

The signing of the contract is expected to be accompanied by a transfer of the due concession fee.

The minimal program proposed by the firm is worth over EUR 14 M.