Bulgarians as Miserable as after 1997 Catastrophe - Ex EU Commissioner Party 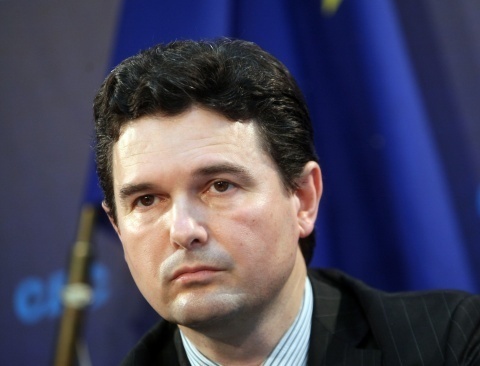 Nayden Zelenogorski, one of the most successful Bulgarian right-wing mayors with three terms in a row in the northern city of Pleven, was defeated in 2011 at runoff by the candidate of the ruling GERB. Photo by BGNES

After five years of EU membership the majority of Bulgarians feel as miserable as during the banking crisis in 1996-1997 when many lost their savings, according to the new opposition party of the country's former EU commissioner.

"Small and medium-sized enterprises are going through very difficult times. The government is helping certain companies impose a monopoly on the market, pensions and wages are miserable. We urgently need to decide what to do to help people," Nayden Zelenogorski, the former mayor of the town of Pleven, Northern Bulgaria, said in an interview for Trud daily.

"One can feel in today's Bulgarian society the quiet desperation that we had in 1996-97. People are desperate because of their low incomes and the expectation for heavy winter," he added.

Nayden Zelenogorski, one of the most successful Bulgarian right-wing mayors with three terms in a row in the northern city of Pleven, was defeated in 2011 at runoff by the candidate of the ruling GERB.

In the summer this year Zelenogorski left the Union of Democratic Forces, UDF, to continue his "fight for freedom, democracy and prosperity" by joining the Bulgaria for Citizens project of ex EU Commissioner, Meglena Kuneva.

When talking about the hardships of the 90s, Zelenogorski was referring to the politics of the Socialist cabinet, headed by Zhan Videnov, deemed responsible for the severe economic crisis in Bulgaria in the 90s that escalated in the winter of 1996 – 1997, and eventually toppled the government.

The riotous winter saw massive street protests in Bulgaria after the country's banking system rumbled to pieces and precipitous inflation emerged - the rate of the Bulgarian lev went down from BGN 60 for USD 1 to BGN 3000 for USD 1.