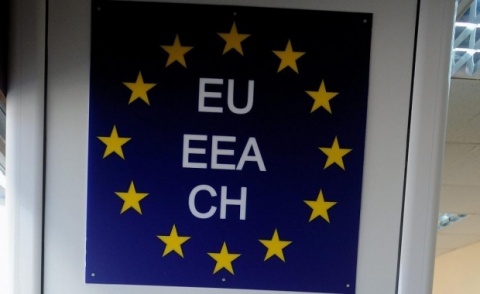 The Netherlands argues that Bulgaria and Romania have achieved substantial progress in a number of spheres under the Cooperation and Verification Mechanism (CVM) but still fail to meet all requirements. Photo by BGNES

The Netherlands plans to wait for the additional report on the rule of law and the independence of the judiciary in Romania before revisiting its stance against the accession of Romania and Bulgaria to Schengen.

According to the stance of the Dutch government newly submitted to Parliament, the extra report of the European Commission on Romania is due in end-2012 and the debates about the Schengen membership of the two Balkan countries need to be postponed for 2013.

The Dutch government believes that the conditions for the accession of Bulgaria and Romania to Schengen have not yet been fulfilled, according to reports of the Bulgarian National Radio (BNR).

The Netherlands argues that the two countries have achieved substantial progress in a number of spheres under the Cooperation and Verification Mechanism (CVM) but have not yet satisfied all criteria.

According to the latest stance of the Dutch government on the matter, the monitoring in the field of justice and home affairs in Bulgaria and Romania has to stay.

The Dutch government will stick to this stance at the General Affairs Council meeting scheduled for the beginning of next week.

The meeting is to feature a discussion of the EC CVM progress reports issued in July on Bulgaria and Romania.