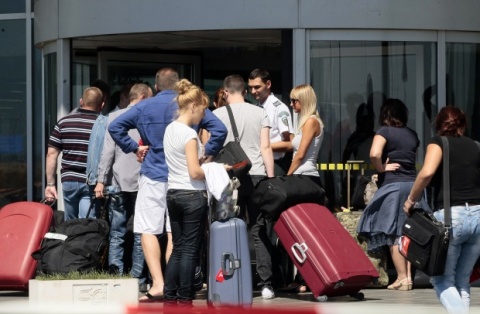 Since the fall of Communism, Bulgaria has been affected by several large emigration waves. File photo by BGNES

With a large and long-running emigration wave, Bulgaria is 127th in the world by brain drain, according to the World Economic Forum, WEF.

The data comes from the WEF Competitiveness report, including a total of 142 countries, with the last spot taken by the country with the most brain drain.

Bulgaria is right behind Bosnia and Herzegovina, while Albania, which traditionally has high emigration numbers, is 83rd.

Neighboring Greece, despite the suffocating debt crisis for several years now, is ahead of Bulgaria and ranks 119.

Bulgaria, however, has moved 7 spots ahead in the education and qualifications ranking – from 70 to 63. The country has good indicators for the percentage of people with college degrees, internet access at schools, and mathematics curriculum. The negative assessments include the overall quality of the education system, school management, and training of staff.