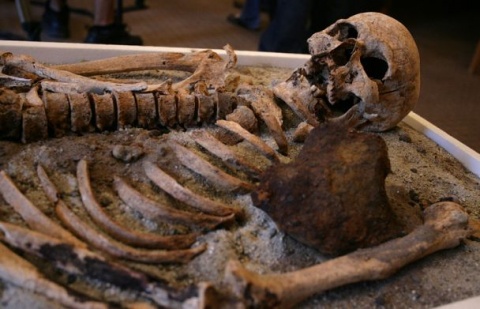 Bulgarian archeologists claim to have found a vampire skeleton in the Black Sea town of Sozopol over the iron stick piercing the chest. Photo by BGNES

The National Geographic Channel is airing Sunday evening a film dedicated to archaeology excavations in the Bulgarian Black Sea town of Sozopol, focusing on the "vampire" skeleton.

The film will be shown at 9 pm.

The viewers will learn about the discovery and what historians, archaeologists, and anthropologists say about this practice on Bulgarian lands, and the connection between the "vampires" and count Dracula.