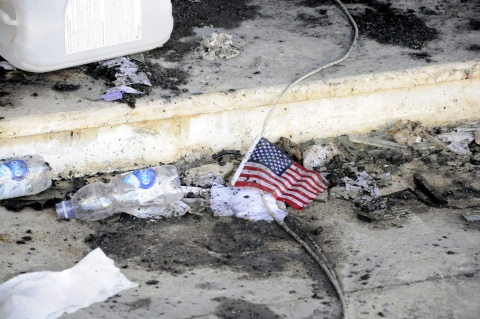 A US flag is seen amid rubbles at the US consulate in Benghazi one day after the attack. EPA/BGNES

The USA has sent an anti-terrorist marine squad to Libya following the killing of its ambassador to Tripoli J. Christopher Stevens and 3 other officers.

This has been confirmed by a Pentagon source who requested to be unnamed, report world agencies.

US President Barack Obama and Libyan authorities have already denounced the Tuesday attack against the American consulate in Benghazi, which resulted in the four deaths.

The compound was stormed by an angry crowd protesting against an online US film about Islam, which they saw as defaming the Prophet Mohammed.