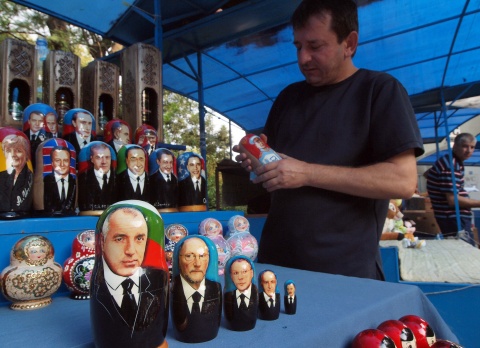 Simeon Saxe-Coburg, Bulgaria's ex Tsar (in 1943-1946) and ex Prime Minister (in 2001-2005) has issued a statement defending the project for the construction of the 2000 MW Belene Nuclear Power Plant, which was terminated in March 2012 by the Borisov Cabinet.

According to Saxe-Coburg, the last few months have seen "the extreme politicizing of a topic that is strategic for out country connected with our capacity to build a vision for our development for many years to come".

"The construction of the Belene NPP is an extremely important matter for our energy and it is normal for it to have political dimensions but its turning into an instrument for the strengthening of party lines or election preparation is absurd to say the least. The long term development of energy in Bulgaria must be a common goal for all parties," the ex Prime Minister who revived the project back in 2002 stated Wednesday on his website.

"I am among the people who are convinced that in 20 years we will be sorry that we missed the chance to be energy independent, and did not take advantage of an energy source that is among the most environment-friendly one... The price of this energy is lower, it returns the investment quickly. It is already clear even to non-experts, that in 2050 Europe and the world will undergo a serious energy deficit," Saxe-Coburg argued.

The ex Tsar, whose own political party – National Movement for Stability and Prosperity – was in Bulgaria's coalition governments between 2001 and 2009 – recognized the difficulties before the completion of the Belene project – especially finding sufficient funding.

"It is a matter of being foresighted instead of changing the strategic decisions of every government. Many countries were resurrected economically on their own without having anybody pulling them from the outside, or dictating their development. What is more, how many other considerable economic project does Bulgaria have in order to do away with such an important one that has already taken in a BGN 1.3 B investment?" Saxe-Coburg asked.

"My government's decision to continue the construction of the NPP in 2002 was not a whim," he argued, adding that he personally visited the construction site in the Danube town of Belene only to find out two important things – that the Bulgarian state had invested massively in it since the project was conceived in 1981, and that it was in a remarkably good condition even though the construction was terminated between 1993 and 2002.

Saxe-Coburg further went for an outright criticism of the Cabinet of the GERB party and Prime Minister Boyko Borisov – who served as the Chief Secretary of the Interior Ministry in the Saxe Coburg government – by slamming their proposal to build a natural gas-powered thermal plant on the site of the Belene NPP.

"You don't need to be a great specialist in order to realize that using the construction site for any other purpose is insane, and, most of all, a most irresponsible squandering of enormous amounts of money," the ex Tsar said.

Saxe-Coburg pointed out that Bulgaria's neighbors are already getting way ahead in terms of their own nuclear energy, with Romania already having launched the first two reactors of the Cerna Voda NPP in 1996 and 2007, and the EU having approved the construction of two more reactors there scheduled to be turned on in 2017; at the same time, another of Bulgaria's neighbors, Turkey, is also building a nuclear power plant, with other Balkan states such as Albania and Croatia coming up with projects of their own.

"The claims that we don't need Belene because there is nobody to consume the energy it will produce are unfounded, and if not malicious towards our country, at least na?ve. When we took the decision to revive the NPP, Bulgaria's economy was growing at 5-6% per year. If this trend had been preserved, we could expect a deficit of energy in the region," Saxe-Coburg said.

"The only thing that nobody can't predict for sure today is whether by the time we build the Belene NPP, we won't be needing even more energy. One of the actual possibilities was to export electricity to Italy which still regrets the decision to remain without nuclear energy. Do you think Romania would be building the Cerna Voda NPP if there was not going to be a market for energy in the future," he added.

Saxe-Coburg concludes with the expectation for an upcoming referendum on the construction of the Belene NPP – which is supposed to be schedule by the Bulgarian Parliament since an initiative of the opposition Bulgarian Socialist Party collected 700 000 signatures in support of a referendum petition – more than the 500 000 signatures required to make such a petition binding.

"In the holding of a referendum we should assess the Belene NPP seriously and responsibly, as a unifying and motivating goal such as [Bulgaria's accession] to NATO and the EU. Without speculations, with more foresightedness, and, of course, without partisanship. People should be well informed and motivated by the nation's interest, and not by the interests of a certain political party," Saxe-Coburg stated.