Outgoing US Ambassador: I Was Always Frank with Bulgarians 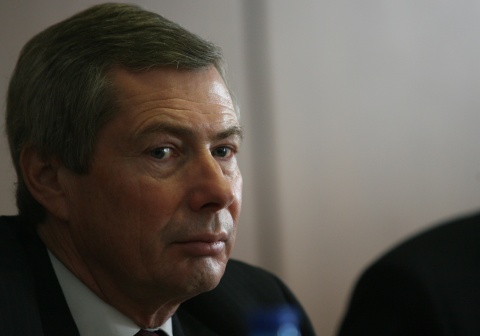 US Ambassador James Warlick concludes his service on September 14, but Bulgaria remains in his heart. Photo by BGNES

The outgoing US Ambassador in Sofia, James Warlick, outlined the improvement of the justice system, more transparency, and diversification in the energy sector as the top three priorities of his term.

Speaking Tuesday morning in an interview for the Bulgarian National Television, BNT, Warlick commented that he has been always sincere even when criticizing, talking the same way with politicians and common people. He further stressed Bulgaria must accelerate reforms for the benefit of its own citizens.

When asked if he made enemies in Bulgaria, the diplomat replied that everyone in the country loving him would mean that he had not done a good job, adding he always had the intention to provoke debates, despite frequent accusations he interfered in the country's internal affairs.

The Ambassador voiced hope that the new Supreme Judicial Council, VSS, would have as members the most talented and decent people, who would be dedicated to justice and would improve the tarnished image of the Council over corruption scandals. He noted as sad the fact that only one in 10 Bulgarians trusts the justice system.

On the question if he agreed that organized crime in Bulgaria has been eradicated, Warlick replied that 100% success has not been reached, but the government has made important steps forward in the fight against corruption and organized crime. He stressed the latter would require continuous effort from the future cabinet as well.

The Ambassador, who was bestowed on Monday by President, Rosen Plevneliev, with Bulgaria's highest order, Stara Planina, first degree, said it is a great honor for the US and the American people. He also voiced satisfaction from the fact more Bulgarians, particularly young people, travel to the US to work and study, along with more Americans visiting Bulgaria.

On the subject of the 11th anniversary of the September 11 2001 terrorist attack on the US, Warlick recalled his own experience in failing to believe the news at first and the shock he felt and reiterated that everyone should remain vigilant because terror can strike anywhere and at any time.

Regarding the July 18 attack on Israeli tourists in the Black Sea city of Burgas, which some already labeled the Bulgarian September 11, the diplomat pointed out it had not been directed to Bulgarians, but to Israel.

He gave high marks to his successor, Marcie Ries, saying that she is a wonderful person and would be a great Ambassador who would turn very beneficial for the relations between the two countries.

Warlick informed he would rest during the weekend and start at his new job next Monday, and concluded that Bulgaria will always remain in his heart.

He will depart from Bulgaria on September 14 to return to Washington, D. C. where he will immediately serve as Deputy Special Representative for Afghanistan and Pakistan, a senior policy position in the office of the Secretary of State.

The arrival date of new Ambassador, Marcie Ries, is unknown.