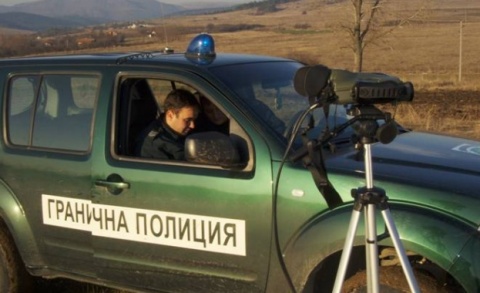 The Bulgarian border police stopped 13 people from illegally crossing the border with Turkey. Photo by Cross.bg

The Bulgarian border police have apprehended seven Iraqi citizens, four Palestinians, and two Turks on Thursday while they were trying to cross the border illegally.

The news was reported Friday by the Bulgarian Interior Ministry.

The four Palestinians, 25, 27, 28 and 25, were apprehended at 5 pm in the same area, near the village of Matochina, in the proximity of the Turkish border.

Two Turks, 21 and 28, were stopped around 1 am Friday near the village of Kapitan Andreevo, also close to the Turkish border.

None of the 13 had any ID papers. They have all been sent to the temporary housing facility for foreign citizens in the southern town of Lyubimets. The Prosecutor's Office in the border town of Svilengrad has been notified.