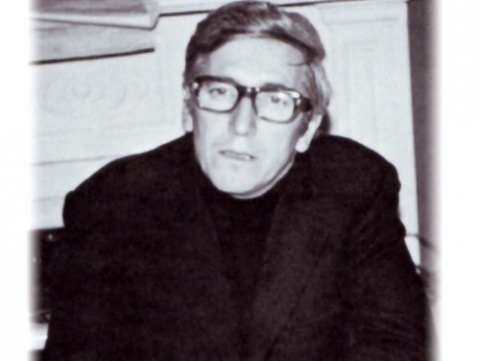 Georgi Markov was murdered with a ricin-coated pellet, fired from an adapted pen; an umbrella was dropped nearby to distract him. File photo

Bulgaria marks Friday the 34th anniversary since the murder of Georgi Markov, a Bulgarian emigrant broadcaster and dissident writer, who was poisoned in London in 1978.

On September 7, 1978, Georgi Markov, had been walking on foot to a bus stop to go to work at BBC. Once he reached the Waterloo Bridge over the Times River, he felt a sudden pain, similar to an insect bite, at the back of his left leg. He looked back and saw a man, picking an umbrella from the ground, crossing the street in a hurry, and catching a cab.

When he arrived at his office in BBC, Markov noticed a small red bump right where he felt the stinking earlier. He told one of his colleagues about the incident. The same evening, he was admitted in the hospital with high fever and died on September 11.

The case became known world-wide as "The Bulgarian Umbrella." Markov was actually murdered with a ricin-coated pellet, fired from an adapted pen; the umbrella was dropped nearby to distract him.

Georgi Markov was born on 1 March 1929, in Knyazhevo, a suburb of the capital Sofia. In 1946, he graduated from high school and began university studies in industrial chemistry.

Initially, Markov worked as a chemical engineer and a teacher in a technical school. At the age of 19, he became ill with tuberculosis which forced him to attend various hospitals. His first literary attempts occurred during that time.

Markov was one of the authors of the popular TV series "On Every Milestone" which created the character of the Second World War detective Velinsky and his nemesis the Communist Resistance fighter Deyanov.

During that period, and despite the ban on some of his works, Georgi Markov was an acclaimed author. He was among other writers and poets that Communist Dictator and leader of the Bulgarian Communist Party, Todor Zhivkov tried to coopt and coerce into serving the regime with their works. At the time, Markov led a "bohemian" lifestyle, which was unknown to most Bulgarians.

In 1969, the writer left for Bologna, Italy where his brother lived. His initial idea was to wait until his reputation in Bulgaria improved, but he gradually changed his mind and decided to stay in the West, especially after September 1971, when the Bulgarian government refused to extend his passport.

Markov moved to London where he learned English and started working for the Bulgarian section of the BBC World Service (1972). He tried to land a job with the film industry, but was unsuccessful.

Later, he also worked with Deutsche Welle and Radio Free Europe. In 1972 Markov's membership in the Union of Bulgarian Writers was suspended and he was sentenced in absentia to six years and six months in prison for his defection.

His works were withdrawn from libraries and bookshops and his name was not mentioned by the official Bulgarian media until 1989. The Communist Secret Services, DS, started Markov's file under the code name "Wanderer."

In 1974, his play "To Crawl under the Rainbow" was staged in London, while in Edinburgh the play "Archangel Michael," written in English, won first prize. The novel "The Right Honorable Chimpanzee," coauthored by David Phillips, was published after his death.

In 1975, Markov married Annabelle Dilk. The couple has a daughter, Alexandra-Raina, born a year later. Between 1975 and 1978 Markov worked on his "In Absentia Reports" – an analysis of life in Communist Bulgaria. They were broadcast weekly on Radio Free Europe. Their criticism of the Communist government and personally of Party leader, Todor Zhivkov, made Markov even more an enemy of the regime.

There are reports that the day – September 7, was picked on purpose because this is also Zhivkov's birthday and the murder was supposed to serve as some sort of a gift to Zhivkov.

Before 1978, DS agents, with the help of the Soviet KGB, made two attempts to assassinate Markov.

High-ranking KGB officers, Oleg Kalugin and Oleg Gordievski confirmed after the fall of the Berlin Wall that the murder was assisted by KGB, but until today no one has been charged in the case.

Destruction of documents and official obstruction seemed to have left the trail cold, but in a book being published in September 2008, Hristo Hristov, a Bulgarian investigative journalist, gave the results of searching 97 previously classified files, obtained after a three-year legal battle.

They show details of training and payments to Piccadilly and of the close links between the Bulgarian secret services and the Soviet KGB over the murder.

The files reveal that the Bulgarian secret services alerted their KGB colleagues in Moscow to the damage being done by Markov's broadcasts.

"He insolently mocked the truth about the rights of Bulgarian and Soviet citizens to travel abroad", says a 1975 letter.

Hristov has also unearthed evidence of the cooperation between the two secret services on the use of poison for assassination. Two high-level Bulgarian secret-service delegations visited the KGB in Moscow months before the murder.

According to this evidence, they discussed "specific joint operations" against "hostile emigrants". After the murder, Bulgaria handed out medals to the KGB officials, who were present at those meetings.

The Bulgarian investigation has closed the case under the country's statute of limitations. The main investigator, Andrey Tsvetanov, asserts that Markov died because of a British medical blunder.

Hristov's revelations suggest that renewed investigations, not another cover-up, are in order.

In 2010, it was announced that the assassination of Georgi Markov might soon be solved, after Scotland Yard officers examined secret files in Bulgaria.

Counter-terrorism detectives spent two weeks in Sofia sifting through the communist-era archives with the hope charges could be brought over one of the Cold War's most high-profile unsolved mysteries.

In 2002, Markov was bestowed posthumously the highest Bulgarian order, Stara Planina, for brilliant contributions to Bulgaria literature, dramaturgy and journalism and his exceptional civil position in opposing the Communist Regime.