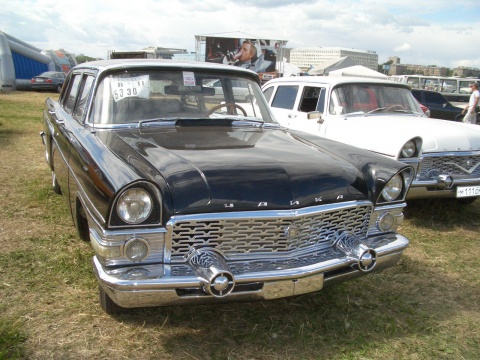 The Soviet-made Chayka, used by Communist functionaries, and still owned in significant numbers by the Bulgarian State, has a high collector value. Photo by carsbase.com

The vehicles are now housed and cared for by the National Security Services, NSO.

It emerged in mid-July that Djankov is taking over the management of the former royal palace, which is to be turned into an art center.

The palace is now slated to become a center for spiritual and arts advancement, managed by the Finance Ministry, and open for everyone.

The retro vehicles, especially those used by State functionaries during the times of the Communist regime, are of very high value for collectors.

The Bulgarian Standard daily reminds that three years ago, the State gained about BGN 0.5 M from the sale of the Soviet "Chayka" (Seagull) models, with some collectors purchasing several cars.

Some remarkable antiques, however, still remain in the NSO garage. One of them is a Cadillac, imported from the US in 1956, which is still running. The others include and Mercedes Pullman Landaulet, which can be listed at auctions with a starting price of EUR 0.5 M, 20 "Chaykas," the private jeeps of Communist leader, Todor Zhivkov, and some newer armored vehicles.