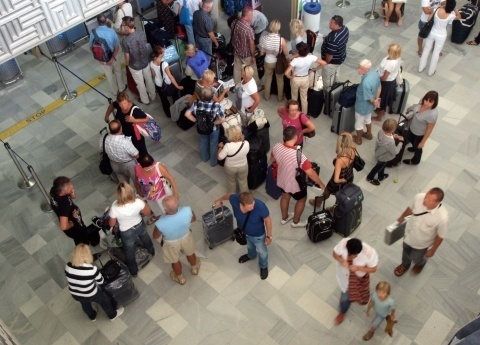 Russian tourists brought to Bulgaria by the now-bankrupt Russian tour operator Cherry Tour have been asked to pay twice for their hotel accommodations.

The information was reported by the spokesperson of the Russian Union of Tourist Industry, RST, Irina Tyurina, cited by the RBK news agency.

According to Tyurina, the money has been demanded by the receiving Bulgarian company Vassy on grounds it did not get owed payments from Cherry Tour. Vassy have threatened the Russian tourists with eviction from the hotels.

"The flights are paid for, but the hotels aren't. Vassy insist the tourists must pay and then be reimbursed through the insurance of the Russian operator. This can be so, but the receiving tour operator cannot ask tourists for anything since it does not have a contract with them. They are fully aware that these tourists have paid, otherwise they would not have been in Bulgaria. No one forced the Bulgarian company to work with the indebted Russian partner; it was their own decision. In addition, these tourists simply do not have the money to pay double," the spokesperson is quoted saying.

RST have approached the Russia's Federal Tourism Agency with a request to get in touch with Bulgaria's Minister of Economy, Energy and Tourism, Delyan Dobrev, to help resolve the issue.

According to Tyurina, Dobrev has been informed about the problem already and Vassy have been warned their attitude towards the tourists is unacceptable. She says that there are about 250 Cherry Tour customers currently in Bulgaria.

Cherry Tour officially filed for bankruptcy on September 2 2012, leading to the stranding of hundreds of Russian tourists in Croatia. Croatian tour operators say they are owed huge amounts of EUR while the financial insurance of Cherry Tour is estimated at BGN 1.5 M.