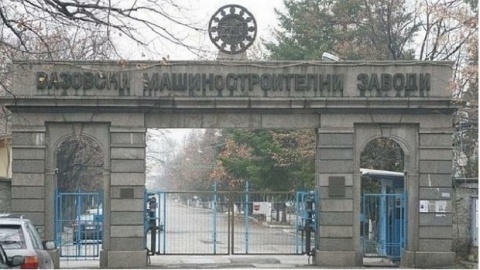 The public tender procedure for the privatization of VMZ Sopot, Bulgaria's largest, but troubled defense industry plant, will conclude in just two months.

The statement was made Monday by the country's Economy and Energy Minister, Delyan Dobrev.

All bidders are required to submit certificates for access to classified information and proof of having the required qualifications. They must hold licenses for both weapons trade and manufacturing.

Dobrev informed Monday that there are three bidders, all Bulgarian companies, and all are already cleared by the National Agency for State Security, DANS, thus the period has been shortened to two months instead of the previous 165 days.

The Minister did not reveal the names of the bidders, only saying these were strategic investors. The winning bid will be selected on basis of the most economically sound and profitable offer for the company.

The tender gives guarantees that the activities of the plant, and the salaries of workers will remain unchanged and that there would not be any layoffs.

I was reported earlier that documents were purchased by the Sofia-based Sage Consulting SA and Emko Ldt, the Ruse Dunarit SA and by lawyer Tihomir Trendafilov from Sofia.

The information was reported by the State privatization agency.

According to a check of the Trade Registry, conducted by the Bulgarian 24 Chassa (24 Hours) daily, Dunarit SA deals with design, manufacturing and trade of military products, industrial explosives, equipment for repair and maintenance of railroad tracks, plastic and metal parts, and utilization of ammo. It is linked to the President of Corporate Commercial Bank, Tsvetan Vassilev.

Sage Consulting deals with a wide range of activities such as weapons trade, ammo, real estate, and construction. Emko is also involved in a variety of activities such as legal, financial, business, translating consultations and services, creation, restoration and trade of art objects, ownership of art galleries, and repair of munitions, among others.

Attorney Trendafilov told 24 Chassa that he represents a foreign client from the defense sector, but added the latter wants to remain unidentified for the time being.

The evaluation criteria for the offers would be the proposed purchase price, investments and job openings. The deposit for participation is set at EUR 3 000 while the deadline for the bids is December 27 2012.

In the years prior to 2012, VMZ Sopot has been plagued with workers' unrest over delayed salaries and the plant's struggling finances.

Candidates applying to buy VMZ Sopot will be eligible to bid for it if they demonstrate they have enough funds to cover its mounting debts, totaling some BGN 140 M, according to the strategy for the privatization of VMZ Sopot adopted by the Bulgarian Parliament in 2011.