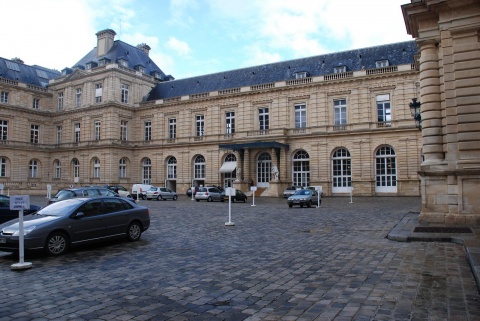 Bulgaria and Romania have failed to take advantage of the EU funds slated for them, a report of the French Senata has concluded.

The post-communist transition process in Romania as "far from being completed", while in Bulgaria it is "progressing slowly", write French senators Simon Sutur, Michel Billout, Bernadette Bourzai, Jean-Fran?ois Humbert and Catherine Morin Desailly, who recently visited Bulgaria on behalf of the Senate Foreign Affairs Committee.

The 50-page report points out to the "historic" EU enlargement, including the accession of Romania and Bulgaria, seen as two "genuinely" francophone countries, as cited by EurActiv.

However, the French senators highlight many deficiencies in the two countries and point out that EU funds are not being properly utilised to help their economies catch up with the rest of the Union.

But Romania has been able to absorb, by January 2012, only 4% of these funds, while Bulgaria's absorption rate is of 19% for the same period.

"These are the lowest absorption rates in the Union of 27 countries," the French authors write.

The representatives of the French Senate note that the EU's structural and cohesion funds allocated to Bulgaria were designed to boost the country's GDP by 9 percentage points, if they were completely used by 2015. For Romania, these funds could amount to 3.8% of Romania's GDP, they write.

Both Romania and Bulgaria experienced record growth until their accession in 2007, and decline thereafter. Romania suffered from recession in 2009 and 2010, while the country registered growth of 2.5% in 2011. This year's forecast is 1.1%.

The French senators attribute the reasons for the countries' inability to invest EU funds to "lack of experience", "lack of administrative and judicial capacity", persistent "fraudulent practices", as well as restraints in terms of securing co-financing.

"The Commission recently agreed that the rate of co-financing should be changed from 15% to 5% for Romania and Bulgaria", they write.

They also note that communist regimes in both countries had "sacrificed two of the three present generations" and has "anesthetised" civil society.

The French senators note that for the 2014-2020 budget, Romania and Bulgaria asked for a 25% increase of the cohesion funds allocated to them.

"The difficulty of absorption of EU funds of Bulgaria and Romania brings to mind that in the reconstruction of a state, everything goes upfront: it is because the rule of law is not achieved that the administrative and judiciary mechanisms remain unreliable, and that the funds are poorly absorbed. And while they are poorly absorbed, they don't bring the expected results," the senators write.

"From this mission the participants draw the conclusion that Bulgaria and Romania are still in transition phase and struggle to put in place in an irreversible way a state, based on the rule of law."