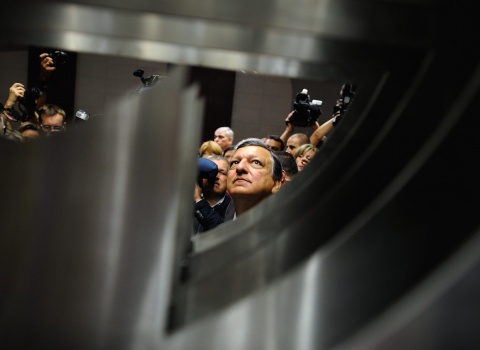 Bulgaria must put in great efforts in order to overcome the rampant poverty, according to European Commission President Jose Manuel Barroso.

"Bulgaria must exert its efforts to reform its retirement system, fight poverty, and youth unemployment," Barroso, who was just in Sofia for the opening of the EU-funded second line of the Sofia Metro last week, told French paper Les Echos in an interview, as cited by BGNES.

He further noted that Bulgaria is in a dire need of improving its living standard, and to sustain a stable economic growth rate.

The EC President did recognize the measures of the Bulgarian government for budget consolidation, and reminded that the EU is no longer conducting an excessive deficit procedure for Bulgaria.

Barroso urged the Bulgarian authorities to preserve their efforts for gaining the trust of the financial markets, as this will allow Bulgaria to be able to borrow at favorable interest rates in the future.

During his visit in Sofia last Friday, EC chief Barroso did state that Bulgaria is now ready to join the Schengen Agreement.