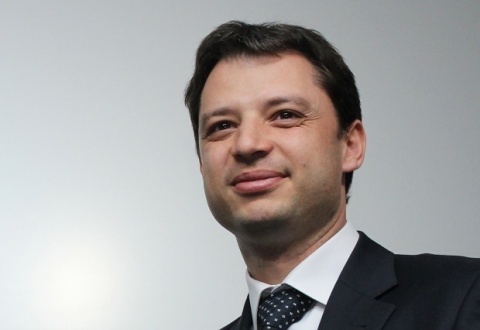 The Minister of Energy and Economy, Delyan Dobrev, is hopeful southern Bulgaria can have large oil and natural gas deposits. Photo by BGNES

The first ever exploration of possible natural gas and oil deposits in Southern Bulgaria has been launched.

The announcement was made Sunday by the Minister of Energy and Economy, Delyan Dobrev, who said that Block 1-18 Trakiya, including the municipalities of Svilengrad, Madzharovo, Haskovo, and Lyubimets, is the first one to be studied.

The terrain is part of the so-called oil-gas basin on the territories of Bulgaria, Greece and Turkey, with 24 gas and 3 oil deposits already discovered in Turkey, according to Dobrev.

He voices hope the geological structure in Bulgaria near the Turkish border is the same thus the possibility of finding gas and oil there, but adds it would be too early to give any assessments about the potential of the Block.

The exploration is expected to last 2 years with the cost of EUR 7 M for the concessionaire. The studied depth is estimated at 1 500 meters. The process will be conducted with special trucks using the vibration method to determine the rock structure, eliminating the need of drilling.

The method is safe for the soil and the environment.

If the exploration ends up being successful, the extraction can begin in 4 years the earliest.

Currently, Bulgaria consumes about 3 B cubic meters of natural gas a year with only 10% of them coming from local deposits.