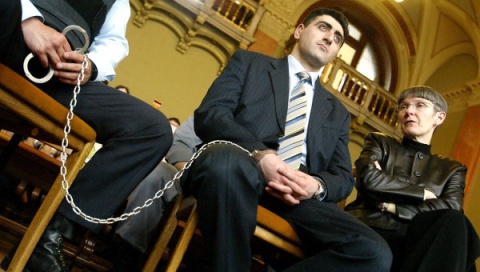 Armenia has suspended diplomatic relations with Hungary over the extradition to Azerbaijan of a man who murdered an Armenian army officer, Armenian President Serzh Sargsyan said on Friday.

"Today we are suspending diplomatic relations and all official ties with Hungary," Sargsyan said at an emergency meeting with representatives of foreign diplomatic missions in Armenia.

In February 2004, Azerbaijani army officer Safarov killed Margaryan with an ax while the latter was sleeping. Both men were attending an English language course in Budapest as part of NATO's Partnership for Peace program.

In April 2006, a Hungarian court sentenced Safarov to live imprisonment. However, on Friday he was extradited to Azerbaijan, where he was pardoned by President Ilham Aliyev.

"The Hungarian authorities should understand that they made a gross mistake," President Sargsyan said, as quoted by RIA Novosti. "As a matter of fact, they made a deal with the Azerbaijani authorities."

"This was not an ordinary murder. It was an ethnic murder that has been justified by a EU member," Sargsyan said, urging the Armenian legislative assembly to take up the issue.

Relations between Armenia and Azerbaijan have been tense since the conflict over Nagorno-Karabakh erupted in the late 1980s. Nagorno-Karabakh, a breakaway region on Azerbaijani territory with a predominantly ethnic Armenian population, claims independence from Azerbaijan. The war is estimated to have left more than 30,000 people dead on both sides between 1988 and 1994. Since then the region has remained under de facto Armenian control.