Bulgarian among 20 New US Citizens to Be Sworn on Mt. Washington 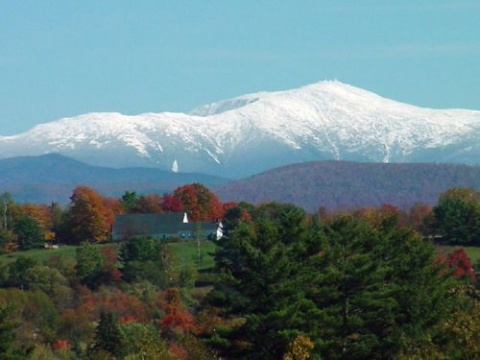 Twenty applicants for US citizenship, including one Bulgarian, will be taken to new heights for their swearing in ceremony - the summit of Mount Washington.

US Citizens and Immigration Services is touting it as a first-of-its-kind naturalization ceremony on the highest peak in the Northeast of the USA, The Boston Globe reported.

The 20 will board the Cog Railway in Bretton Woods on Sept. 6 and ride to the top of the mountain. Joining them for the ceremony at the 6,288-foot summit will be New Hampshire's Chief U.S. District Court Judge, Joseph Laplante.

The ceremony will be held outdoors if weather cooperates or inside if the weather is raging. It is scheduled to begin at 11:30 a.m., with the applicants taking the Oath of Allegiance and receiving their certificates of naturalization at the summit.

Naturalization ceremonies have been held in unique New Hampshire locales before — including Strawberry Bank in Portsmouth, the statehouse and the Capital Theater for the Arts — but never on a mountain top, court officials said.

There have been mountaintop naturalization ceremonies elsewhere in the country, however, including several atop 3,214-foot Glacier Point in Yosemite National Park, according to USCIS spokeswoman Anita Rios Moore.

Holding citizenship ceremonies in national parks dates back to 2006, when the National Park Service and USCIS joined forces to ''enhance the meaning and stature of naturalization ceremonies.''

Since then, ceremonies have been held in parks including Ellis Island, the National Mall in Washington, D.C., and the Cabrillo National Monument in San Diego, Calif. The only other inside-a-park New England ceremony took place in 2006 at the Boston National Historic Park — which includes the Freedom Trail and USS Constitution.

USCIS will not release the names of the applications participating in the Mount Washington ceremony, but said they are originally from Argentina, Brazil, Bulgaria, Canada, the Dominican Republic, India, Jordan, Mali, Netherlands, Philippines, South Africa and the United Kingdom. They currently reside in communities across the state.

The federal agency plans to have a video crew along to film the summit ceremony.