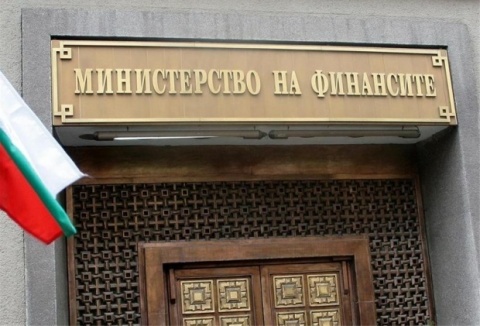 Pictured: The building of the Bulgarian Finance Ministry. Photo by 24 Chasa daily

Bulgaria's budget balance under the so called Consolidated Fiscal Program registered a surplus of BGN 138.4 M in July 2012, the Finance Ministry announced Friday.

"A major factor for revenues to surpass spending is the greater income from EU Operational Programs. At the end of July, the European Commission reimbursed some of the funding under the EU programs and funds that were supposed to be reimbursed in August. According to preliminary estimates, a deficit of about BGN 122 M is expected in August, with the budget balance for the first eight months of 2012 remaining about the same as for the first six months," the Finance Ministry explained.

In the first seven months of the year, Bulgaria's budget saw a surplus of BGN 521.1 M under the national budget, and a deficit under the EU funding transactions amounting to BGN 320.7 M.

Bulgaria's total income and international funds under the Consolidated Fiscal Program amounted to BGN 15.6 B at the end of July, or about 54.3% of the projection of the 2012 State Budget Act; this is an increase of 10.5% (BGN 1.48 B) year-on-year largely due to more revenues from indirect taxes, non-tax income, and EU funding.

Bulgaria's contribution to the EU budget in January-July 2012 was BGN 503.7 M in accordance with regulation 1150/2000 of the Council of the European Union.