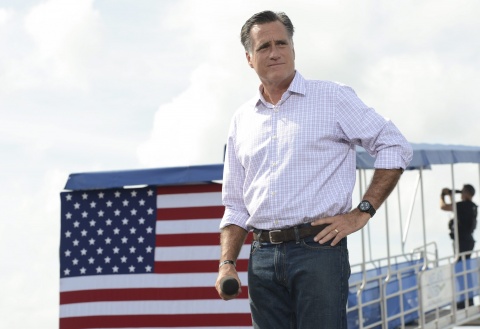 The Kremlin has reacted harshly to the promise that Republican Party presidential candidate Mitt Romney made to toughen up on Russia, should he get elected President of the USA.

"It is inadmissible for US-Russian relations to fall hostage to US election debates," Dmitry Peskov, spokesman for Russian President Vladimir Putin, said on Friday, as cited by RIA Novosti.

In a speech on Thursday, Mitt Romney accepted the U.S. Republican Party's nomination for president. Should he win the presidential race, Romney vowed to toughen Washington's dealings with Russia and President Vladimir Putin.

"Under my administration our friends will see more loyalty and Mr. Putin will see a little less flexibility and more backbone," Romney told the boisterous crowd at the Republican National Convention in Tampa, Florida.

"During official meetings, both Moscow and Washington have on different levels expressed their understanding that it is inadmissible for the bilateral ties to fall victim to pre-election debates," Peskov said.

Peskov emphasized that Moscow is aware of Washington's official position. "As the Russian President has said many times, Russia is interested and will continue to be interested in developing US-Russian relations," Peskov said.