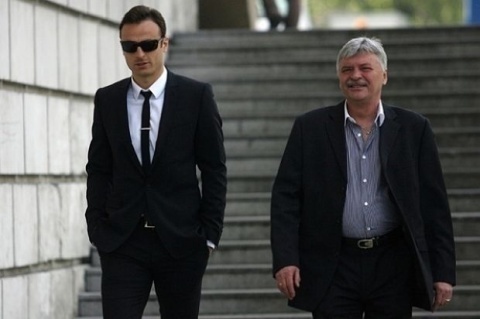 Fulham has announced the signing of Dimitar Berbatov from Manchester United on a two-year deal for an undisclosed fee.

The 31-year-old forward moved from Bayer Leverkusen in 2006 when he signed for Tottenham Hotspur, managed at the time by Martin Jol, Fulham's official website has reminded. In two seasons at White Hart Lane he made 102 appearances and scored 46 goals in all competitions.

In 2008, he signed a four-year deal at Manchester United for a reported GBP 30 M. He scored 56 goals in 149 appearances and lifted two Premier League titles whilst at Old Trafford. He completed the 2010/11 campaign as top Premier League goalscorer to claim the Golden Boot jointly with Carlos Tevez.

Speaking from Fulham's Motspur Park Training Ground, Berbatov said: "I'm delighted to have signed for Fulham and I look forward to playing under Martin Jol once again. As soon as I was aware of Fulham's interest my decision to join was an easy one to make. I'm impressed with the set up here and the people have made me feel welcome. There is a close and personal feel around the Club and I can't wait to get started."

Jol added: "Dimitar is a player I've always admired. He did well for me at Spurs and I'm sure that he will do well here at Fulham. He's a player of great quality and technical ability who will give me the attacking option I've been looking for. When he's not scoring goals, his ingenuity often leads chances being created for his teammates and I'm delighted that we've been able to convince him to come to us, as there was a lot of attention from other clubs."

Berbatov has been handed squad number nine at Craven Cottage.

On Wednesday, Berbatov was reportedly on a flight to Florence to sign with Fiorentina when it emerged that he had received an offer from Juventus while other football clubs in Europe were also showing interest in him.

He never even reached Florence for negotiations. In the aftermath, Fiorentina blasted the Bulgarian, saying he did not deserve their jersey, and accused the Turin-based Juventus of trying to steal the player under their nose.

Juventus Director General Giuseppe Marotta rejected the accusations, saying his team made the offer only after learning that Berbatov has decided to not join Fiorentina.

Bulgarian and UK media confirmed Marotta's explanation that Berbatov wanted to stay in England because of his family, in what was a life choice not a matter of money. There are a number of unconfirmed reports that his wife Elena did not want to move to Italy and preferred to live in London. One of the cited reasons is that she might be pregnant for the second time.