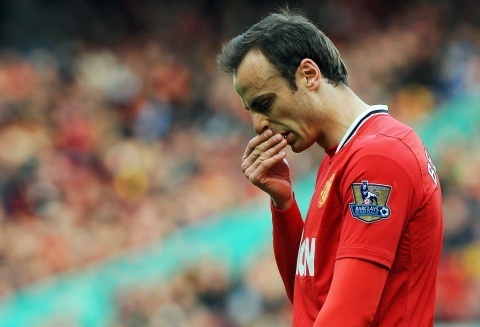 More than 2 years after he quit the Bulgarian national football team, Berbatov has been summoned again. Photo by EPA/BGNES

Dimitar Berbatov has been called up for Bulgaria's national team, Bulgaria coach Lyuboslav Penev has confirmed.

Penev has sent a call-up to Berbatov to play for Bulgaria in the World Cup qualifiers against Italy and Armenia on September 7 and September 11, it was reported earlier on Friday.

"That's true, a call-up has been sent. We have to have one more conversation, maybe the last one, with the player," the coach has now told reporters.

However, local media have noted that Berbatov's comeback to his home country's national team is not sure yet, as the striker may change his mind.

The call-up has been sent to Manchester United several days ago. If the 31-year-old signs a contract with Fulham, the Red Devils will have to forward it to his new club.

Dimitar Berbatov announced at the beginning of May 2010 his retirement from international football with immediate effect. He was captain of his country and scored a national record 48 goals in just 74 matches.

If no more dramatic twists take place on Friday, the prolific striker is set to complete his move to Fulham.