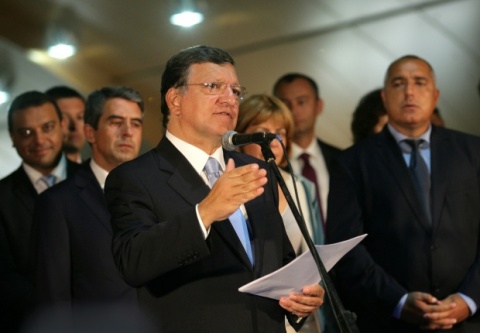 Barroso was present at the opening of Sofia's second metro line on Friday. Photo by BGNES

According to the EC President, the Schengen issue should be decided in favor of Bulgaria.

During a visit to Sofia on Friday, Barroso told reporters that the Balkan country still has to improve its EU funds absorption and its combat against organized crime and corruption.

The election of Bulgaria's next Supreme Judicial Council and Chief Prosecutor will be crucial for the country's development, he also said.

"Each time I arrive in Bulgaria, I am impressed with the dynamic progress," Barroso stated.

He was present at the opening of Sofia's second metro line on Friday.

The European Union has financed 50% of the project, paying a total of EUR 476 M.