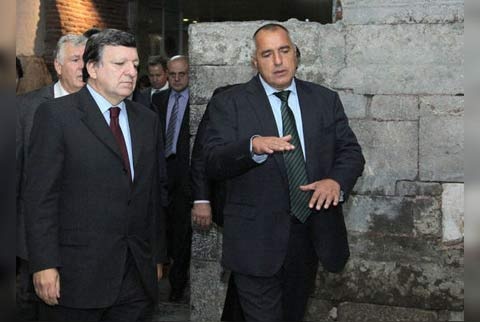 The second line of Sofia's metro both enhances Sofia's transportation system and decreases environmental pollution, thus improving the living standard of thousands of citizens, Barroso pointed out during the opening ceremony.

"The planned extension towards Sofia's airport will ensure a faster connection with the rest of Europe and the world," he said, as cited by local media.

He stated that Sofia's second metro line is a perfect example of what can be achieved with the help of European Union funds.

The European Union has financed 50% of the project, paying a total of EUR 476 M.

According to a local media report, Bulgarian Prime Minister surprisingly altered Barosso's schedule in the very last minute, showing him the Lavov Most metro station instead of Serdika 2, as it was initially expected.

The second line will have 11 stations and will connect the districts of Obelya and Lozenets. The line has a capacity of 130 000 passengers a day. It will be served by 18 new energy saving metro trains.

The launch of the second metro diameter coincides with the opening of the beautiful Largo in the heart of the capital.

The pedestrian zone of the Largo boasts large glass panels where residents and visitors can observe the archaeological excavations. The new central Serdika 2 station is also an archaeological exhibit where the items on display will be changed periodically.