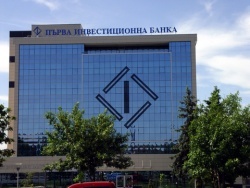 Bulgaria's First Investment Bank (FIB) has denied recent media reports that it is about to purchase two two high-circulation dailies, Trud and 24 Chasa.

The reports had stated that FIB owners Tseko Minev and Ivaylo Mutafchiev intended to purchase the two papers that are owned by Lyubomir Pavlov and Ognyan Donev.

FIB has reminded that it would not be allowed to acquire assets that are not linked with the bank's financial activity.

On Wednesday, it was reported that Bulgarian Prime Minister Boyko Borisov has pressured Pavlov  , to sell Trud and 24 Chasa to the notorious New Bulgarian Media Group.

The New Bulgarian Media Group is linked with Corporate Commercial Bank of Bulgarian banker Tsvetan Vasilev. If the group buys the two newspapers, it is believed that the ruling centrist-right GERB will achieve an almost full monopoly on the press, a precedent since the times of the Communist regime.

In July, Pavlov and Donev were charged with tax evasion, while Pavlov is also facing money laundering charges.