Berbatov 'Most Hated Man in Italy' for Standing Fiorentina Up 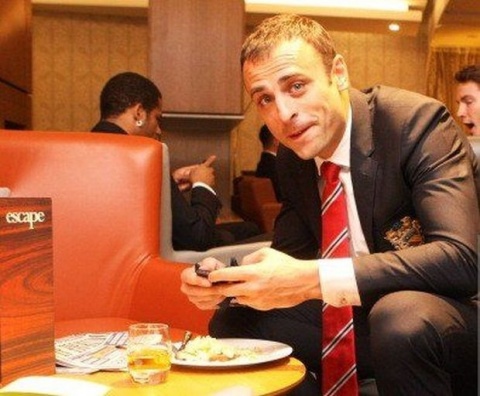 Manchester United's Bulgarian striker Dimitar Berbatov has become "the most hated man in Italy", according to the Italian press, after he stood up the Italian club Fiorentina, and even caused an outburst of accusations between the Florence team and Juventus.

In just 12 hours, Berbatov became "the most hated man in Italy", the Italian sports paper Gazzetta dello Sport wrote Thursday, after it became clear that Fiorentina had even paid their first installment for his transfer from United, and that another Italian club, Juventus, was also bidding for the Bulgarian, who will most likely end up at the English club Fulham.

Fiorentina even went as far as issuing a statement slamming Berbatov, explaining he never showed up for tests in Italy as arranged, and declaring him "not worthy" of the club.

According to Gazzetta dello Sport, thousands of Italian fans, and the Fiorentina club have burst out against Berbatov for his decision to stand the Italian club up.

What is more, the Bulgarian striker has been accused of using the Italian clubs to manipulate the English clubs into granting him a better salary.

Fiotentina and Juventus have also been slammed by the Italian fans for their botched bids to get Berbatov.