'Berbatov' Saga to End with Fulham 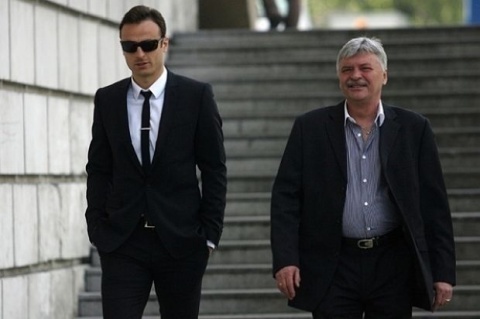 The transfer of Bulgarian star striker Dimitar Berbatov from Manchester United will be certainly finalized Thursday.

The news was reported by the Bulgarian sports site Gong.bg, citing an unidentified and trustworthy source, who has spoken off-the-record.

Despite earlier anticipations, Berbatov failed to sign a contract Wednesday.

Italian media already announced the Bulgarian football star and his agent Emil Danchev are expected in Turin Thursday, but despite wild speculations, even in much respected sports media, there isn't any official information yet from Manchester United and Juventus, which was tabled as the athlete's new team.

Berbatov was reportedly on a flight to Florence to sign with Fiorentina when it emerged that he had received an offer from Juventus while other football clubs in Europe are also showing interest in him.

According to Wednesday reports in Italian media, the Bulgarian sticker was to sign a 3-year contract in Turin with a salary of EUR 2.7 a year, which is about EUR 1 M more than the Fiorentina offer while Manchester United and Juventus have agreed on a price of EUR 5 M to be paid in 2 tranches.

Late Wednesday evening, Sky Sports 24 in Italy broke the news that there was a new twist in Berbatov's fate and he is the closest to sign with the UK Fulham.

According to Goal.com, Juventus director Giuseppe Marotta has revealed that the Manchester United striker has turned down the chance to sign for the Serie A giants and will instead join Fulham, electing to link up with former coach Martin Jol at Craven Cottage.

"We only approached Manchester United and got close to the player after discovering he had turned down Fiorentina. There was an offer from Fulham, but he wanted to evaluate our proposal too and give a definitive response tonight. Berbatov wanted to stay in England because of his family, it's a life choice not a matter of money," Marotta is quoted saying.

Speaking on the phone for Gong.bg Manchev only confirmed that the Bulgarian has three top offers – Fiorentina, Juventus, and Fulham, but failed to offer any further details.