St. Alexander Nevsky Relics Stolen before Making It to Bulgaria 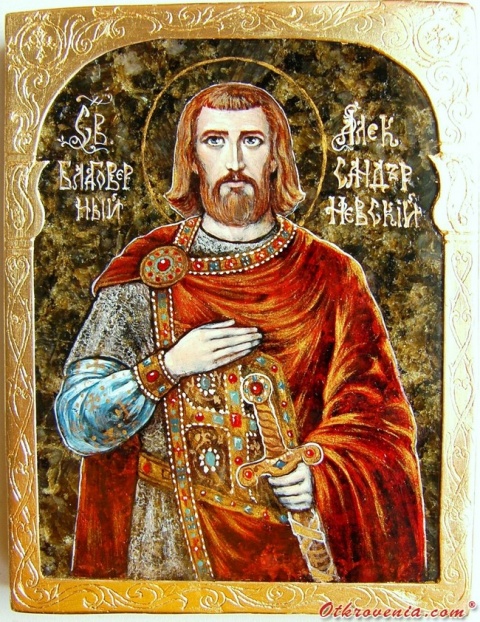 St. Alexander Nevsky is one of the most beloved Christian Orthodox saints. Photo from otkrovenia.com

Relics of 13 saints, including those of 13th century Russian national hero, Knyaz Alexander Nevsky, have been stolen from a church in St. Petersburg, a law enforcement source reported on Wednesday.

An employee of St. Catherine the Martyr Church on Vasilyevsky Island reported the theft to police on Tuesday, RIA Novosti reported.

"On Monday night the perpetrators entered the church through a window on the first floor and went to the office of the rector where they stole relics of 13 saints, including those of St. Alexander Nevsky. They also stole a communion cup of white metal with the image of saints and five baptismal crosses of yellow and white metal," the source said.

The Russian police have opened a criminal case into the theft.

The relics of St. Alexander Nevsky, the 13th century Russian knyaz who defended Eastern Orthodox Christianity against the Catholic Teutonic Knights, were supposed to arrive in Bulgaria on Wednesday for veneration by believers at the cathedral in Varna.

On Tuesday, however, a day before the theft is reported publicly, the Varna Bishopric of the Bulgarian Orthodox Church said the display of the St. Alexander Nevsky relics had been put off for November.