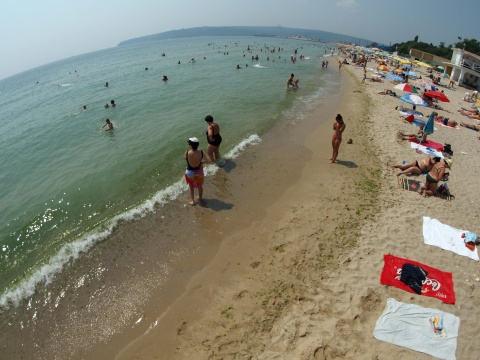 Bulgaria has seen a growing number of Russian visitors in 2011-2012. Photo by BGNES

A total of 22% more Russian tourists visited Bulgaria in the summer of 2012 than in the summer of the previous year, according to data of the Association of Russian Tour Operators presented by its CEO Maya Lomidze on Wednesday.

Preliminary data of the Association suggests that 5 million Russians traveled abroad for their summer vacations in 2012.

Turkey remains the top destination for Russian tourists but it did register a 1% decline in the number of visiting Russians in the summer of 2012, Lomidze said.

All other main destinations – Egypt, Greece, Spain, Bulgaria, and Croatia – are seeing stable growth of the number of Russian visitors.

"Thanks to competition, the prices of summer vacations in Bulgaria retained their levels from 2011," Lomidze said, as cited by Interfax-Tourism.

She also praised the Bulgarian Foreign Ministry for reducing the visa formalities to a minimum.