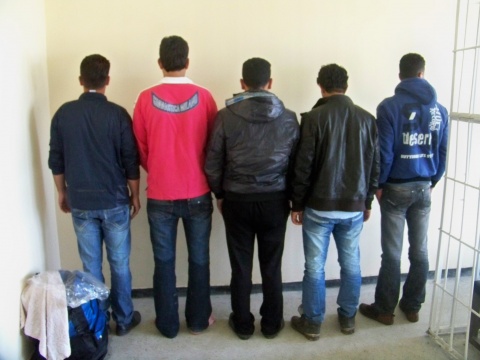 The Bulgarian border police have detained four Iraqis and an Iranian trafficker attempting to cross the border into Serbia, the Interior Ministry announced Wednesday.

The five men were detected by officers from the Border Police unit in the town of Dragoman, west of Sofia.

They were arrested just 10 meters away from the border with Serbia, in an apparent attempt to cross illegally.

The 53-year-old Iranian trafficker has a legal permit to reside in Bulgaria. The police found that the men paid EUR 400 each in advance to another person who organized the trafficking, and is now being wanted.