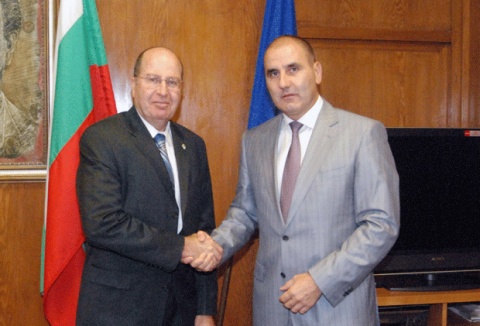 The governments of Bulgaria and Israel have expressed hopes that they will be able to solve together the case of the Burgas Bus Bombing, according to their Deputy PMs Tsvetanov and Ya'alon the Bulgarian Interior Ministry said.

Ya'alon was in Bulgaria for the memorial ceremony on the 40th day since the July 18, 2012, terrorist attack in the Bulgarian Black Sea city of Burgas which took the lives of 5 Israelis and one Bulgarian when a bomber blew up a bus packed with Israeli tourists on the Sarafovo Airport.

The result of Tsvetanov and Ya'alon's meeting in Sofia on Wednesday was reduced to solemn declarations of satisfaction of the bilateral partnership, with no mention of any specific revelations in the course of the bombing investigation.

According to Bulgarian Interior Minister Tsvetanov, the "volume of work carried out in the course of the investigation is the result of the good cooperation of the Interior Ministry with its international partners, including the law enforcement institutions and the security services of Israel".