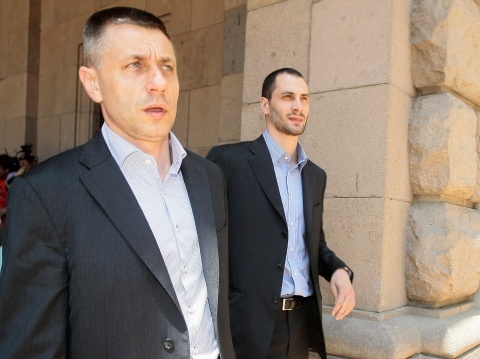 Bulgarian volleyball star Matey Kaziyski still believes that he made a right choice by deciding to boycott the Olympic Games in London over a scandal between former coach Radostin Stoychev and the Bulgarian Volleyball Federation.

In an interview for volleyball.it, Kaziyski has admitted that he regrets not having taken part in the Olympic tournament.

"But my idea was to achieve something that is much more important for me," he added, as cited by dnevnik.bg.

He stated that it was too early to say if he would make a comeback to his national team.

Both Kaziyski and Stoychev quit the team after a row with federation bosses.

Stoychev was dismissed by the federation on May 13, a day after his team was defeated by Germany in the second semifinal of the 2012 Olympic Games-European Qualification Tournament in Sofia. The federation's controversial head Dancho Lazarov claimed that Stoychev's team "lost deliberately."

The coach was later reinstated but resigned in June, declaring he would not lead the team if Lazarov remained in charge of the federation.

Kaziyski also declared that he would not play for Bulgaria if Volleyball Federation head Dancho Lazarov does not resign.

Despite the absence of Kaziyski and Stoychev, the young Bulgarian team led by coaches Nayden Naydenov finished fourth in the Olympic volleyball tournament, as it lost the bronze medal match 1:3 at the hands of Italy.