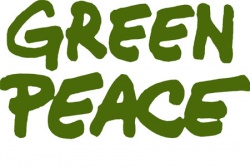 Six Greenpeace activitsts have boarded an offshore rig of Russian energy giant Gazprom in protest over the company's plans to drill for oil and gas in the Arctic.

The activists, including, Greenpeace International's Executive Director Kumi Naidoo, stormed the Prirazlomnaya platform early on Friday, according to reports of the BBC.

The environmentalists say they have enough supplies to last several days.

Greenpeace claims that Gazprom's drilling plans are dangerous and should be abandoned.

The group says that the Russian energy giant, which operates the Prirazlomnaya platform, has an inadequate plan for dealing with any oil spill in the fragile environment.

"The only way to prevent a catastrophic oil spill from happening in this unique environment is to permanently ban all drilling now," Naidoo is quoted as saying.

According to Gazprom, the activists violated a 500-meter navigation security zone around the platform in the Pechora Sea.

"They were invited to ascend to the platform to conduct a constructive dialogue" but refused, the company said in a statement.

Gazprom informed work was continuing on the platform as usual.