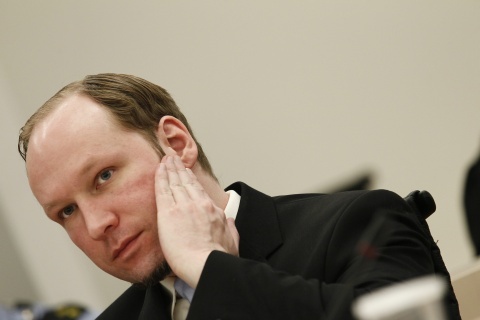 Mass killer Anders Behring Breivik looks across the courtroom at the end of his 10-week long trial. EPA/BGNES

Prosecutors had called for him to be considered insane.

He has been sentenced to 21 years in prison, with 445 days deducted for his time in custody.

The mass murderer is not expected to appeal the court ruling. He smiled as he heard the unanimous verdict.

Breivik had already declared that if the court were to find him insane it would be a "fate worse than death".

He will now expected to continue waging what he claims is a "war on multiculturalism" by writing his book.

The mass murderer planted a bomb in Oslo's government center and then went on a shooting rampage in a children's camp on nearby island of Utoya in July 2011.