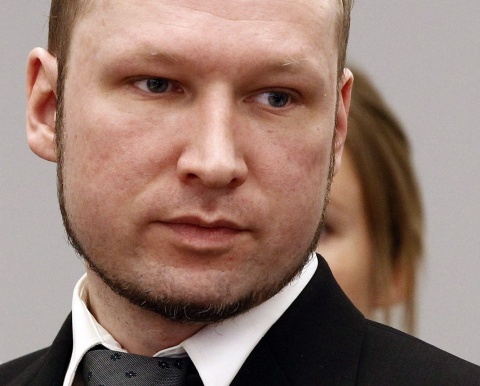 Close up of defendant Anders Behring Breivik before the start of proceedings on the sixth day of his trial in Oslo, Norway 23 April 2012. EPA/BGNES

Norway's Oslo District Court (Oslo tingrett) is to deliver its verdict in the trial of notorious mass murderer Anders Behring Breivik on Friday.

The panel of five trial judges will have to rule on Breivik's sanity when they deliver their verdict.

Their conclusion will determine whether he is given a long prison sentence or sent to a secure psychiatric ward, BBC has reminded.

Brevik has asked to be considered sane, claiming he "acted to stop a Muslim invasion" as he murdered a total of 77 innocent people back in July 2011.

The lead defense attorney for Breivik said on the eve of his client's sentencing that Breivik had repeated claims he would not appeal a court ruling that finds him sane and able to be sent to prison.

The mass murderer planted a bomb in Oslo's government center and then went on a shooting rampage in a children's camp on nearby island of Utoya in July 2011.