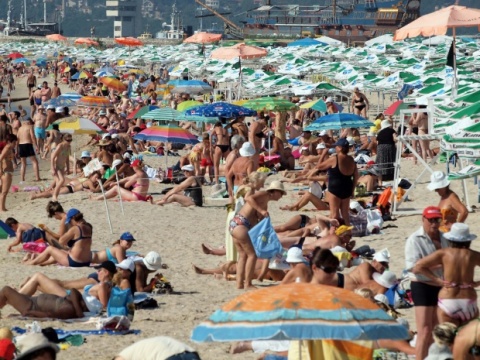 Bulgaria's tourism sector will grow in 2012 primarily thanks to the Russian tourists. Photo by BGNES

Bulgaria's tourism sector will register a 3-4% growth in 2012 largely thanks to the higher number of tourists from Russia and Ukraine, according to data of the Bulgarian Economy Ministry.

The tourism businesses themselves expect a 2-3% growth in revenues, the Bulgarian Capital Daily reported Thursday.

It cites data of the Bulgarian Association of Hotel and Restaurant Owners indicating substantial occupancy levels for June, July, and August.

The government data also forecasts the same number of British and Scandinavian tourists as in 2011.