Bulgaria to Open New Section of Its Trakiya Highway 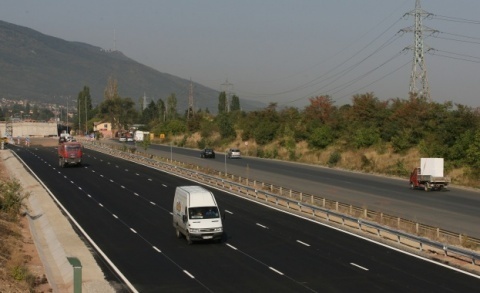 The Trakiya highway in southern Bulgaria is expected to be completed by the spring in 2013. File photo

The 17 km section of Bulgaria's Trakiya highway from the Southeastern town of Yambol to the key Petolachkata junction is to be opened over the upcoming weekend, Bulgarian Regional Development Minister Lilyana Pavlova has revealed.

Bothe carriageways will be functional on Sunday, Pavlova has told the Btv channel.

The Regional Development Minister has noted that there are currently no gas stations or lavatories along the new highway section, which would prove to be an inconvenience.

Land appropriation issues are the main reason for that, she explained. However, she said she hoped the business would eventually step in to invest in the missing infrastructure.

The deadline to finish Lot 4 of Trakiya Highway in southern Bulgaria is scheduled to be open no later than February 2013. Thus, the highway is expected to be fully completed by then.

The project to build Lots 2, 3, and 4 of the highway is co-financed by the cohesion funds of the European Union through Transport Operational Program 2007 – 2013.