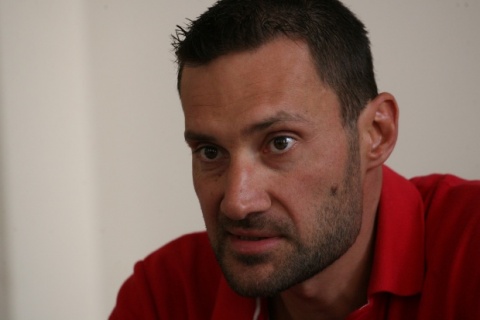 Yordan Nedev has quit as CEO of BDZ because of Finance Minister Simeon Djankov, not because of "personal reasons". Photo by BGNES

The CEO of the Bulgarian State Railways BDZ Yordan Nedev, who resigned earlier on Wednesday, has done so because of the Finance Ministry, Nedev himself explained.

However, Nedev has made it clear that he resigned because of the crisis in July and early August in which Finance Minister Simeon Djankov withdrew the legally allocated monthly state subsidy of BGN 14 M keeping the railway company alive.

Nedev had been complaining of a denigrating treatment on part of Djankov and the Finance Ministry before he chose to step down on Wednesday.

The CEO post at BDZ will be temporarily taken over by the present financial and administrative director of the company Velik Zanchev, the Bulgarian National Radio reported.

Bulgaria's Finance Minister Simeon Djankov agreed to restore the  subsidy on August 6, 2012, but only after the BDZ management agreed to provide more than 1000 real estate properties as a guarantee of the loan repayment that could be disposed of at any moment by the Finance Ministry.