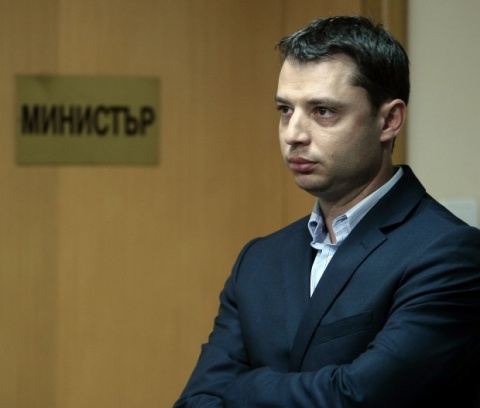 Dobrev has thus accepted a resignation submitted by Ivo Lefterov, the head of NEK. Lefterov will be replaced by Krum Anastasov.

The Bulgarian Minister of Economy, Energy, and Tourism has at the same time dismissed Evgeni Stoykov, the CEO of the Maritsa East Mines Jsc (Mini Maritsa Iztok EAD), and has appointed Teodor Drebov in his position.

"Evgeni Stoykov's dismissal is necessitated by the need to improve coordination and the speed of work in the company," the Economy Ministry explained.

The management reshuffle has been approved by the boards of NEK and the Maritsa East Mines as well as by the management of their parent company, the Bulgarian Energy Holding (BEH).

The new CEO of NEK, Krum Anastasov, is a graduate of the Sofia Technical University; he has specialized economics and management at KPMG Advisor and Eagle's Flight Creative Training Exellence Inc..

Anastasov has 21 years of experience in the energy sector, including 10 years at senior management positions. He is a former employee of Czech-owned utility in Western Bulgaria, CEZ Razpredelenie Bulgaria AD. Until now, he has been the head of the regulated market department at NEK.

The new CEO of the Maritsa East Mines, Teodor Drebov, is a mining engineer who graduated from the Sofia University of Mining and Geology back in 1986. He has been the director of other Bulgarian state-owned mining companies – "Antratsit" and "Bobov Dol", and has worked at the former State Commission for Energy, and State Agency for Energy and Energy Resources. Until now, he has been a employee of the Natural Resources and Concessions Directorate at the Bulgarian Economy Ministry. Drebov has 26 years of experience in his field.