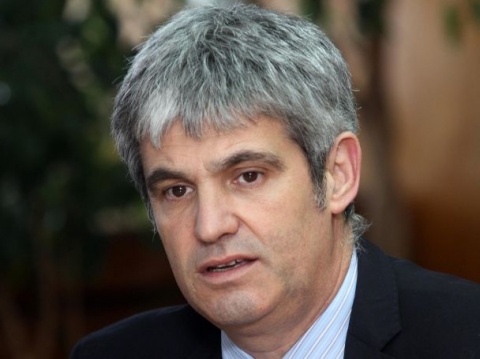 Plamen Dimitrov, President of the Confederation of Independent Syndicates in Bulgaria. Photo by BGNES

Miners at Bulgaria's biggest State-owned coal-mining company, the Maritsa Iztok Mines, will go on strike if the class labor contract is not signed by the end of August.

Speaking from Radnevo Saturday, Plamen Dimitrov, President of the Confederation of Independent Syndicates in Bulgaria (KNSB), warned that the patience of the workers is coming to an end.

Dimitrov further reported that he has met with Prime Minister, Boyko Borisov, to inform him that the contract had to be signed on April 1, but has not yet materialized, thus the KNSB-issued August 31 deadline.

The trade union leader, however, said that there weren't many reasons for optimism since the talks with the mine's management have stalled.

Dimitrov was in Radnevo on the occasion of the Professional Day of Bulgarian Miners, which is marked on the Day of Saint Ivan Rilski.